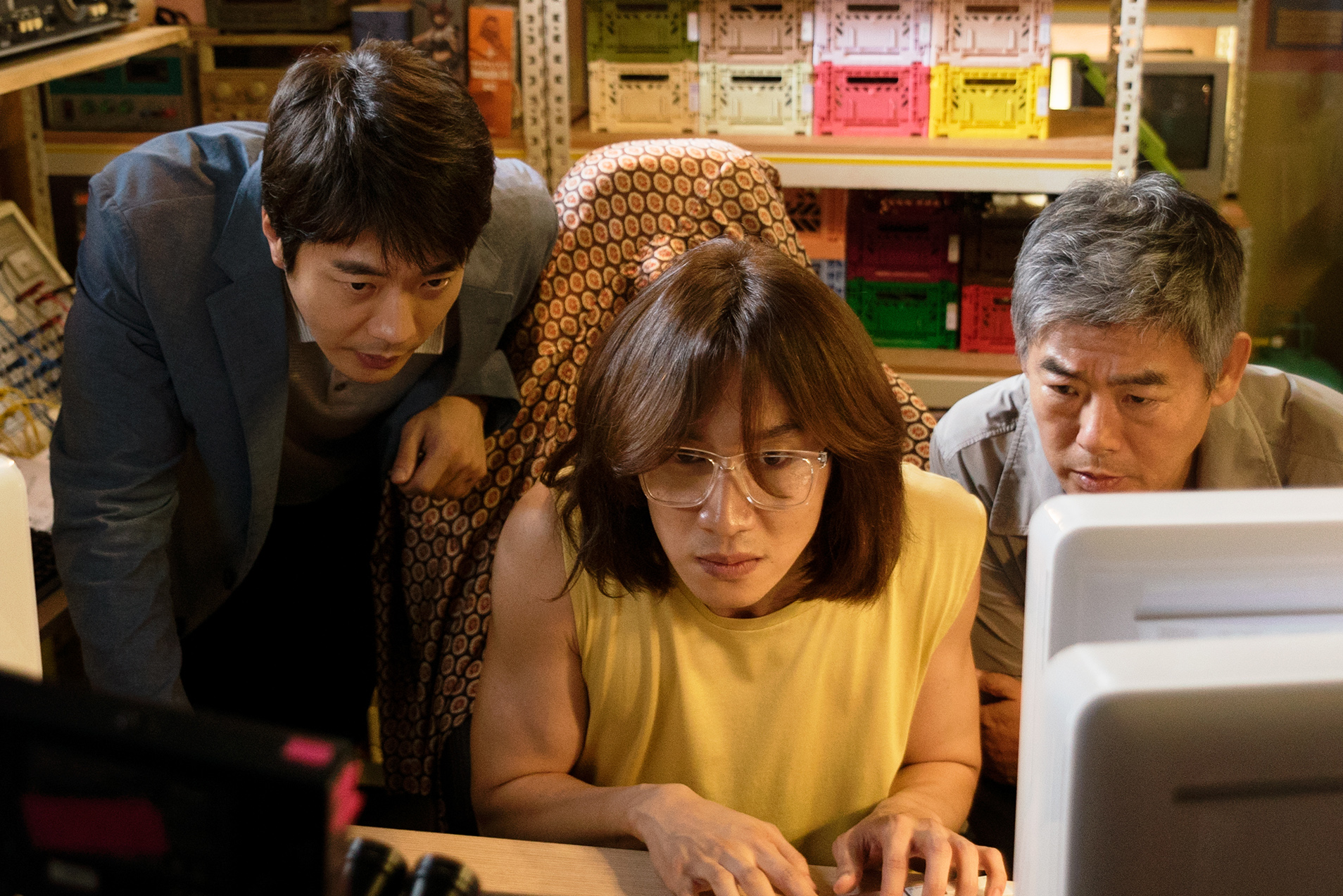 Win Premiere Tickets to The Accidental Detective 2: In Action

WebBeds has partnered with CJ Entertainment and ATriNaga Sdn Bhd to reward you with exclusive movie premiere invitation to South Korea’s #1 box office movie, The Accidental Detective 2: In Action!

The Accidental Detective 2: In Action premiere will take place:

To win a pair of tickets, simply learn about the movie before participating in the contest. Contest ends 5th July and opens to all WebBeds clients. 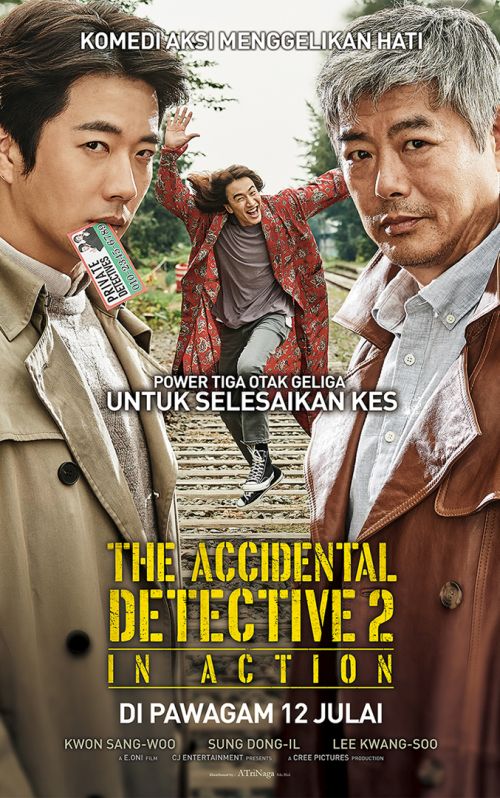 The Accidental Detective 2: In Action – opens in Malaysia cinemas 12 July 2018

<The Accidental Detective 2: In Action> is a comedy crime movie following three distinctive guys solving a mysterious case together. The Sherlock Holmes-fan and comic book store owner ‘Kang Dae-man’ (Kwon Sang-woo), and the legendary detective ‘Noh Tae-soo’ (Sung Dong-il), open a detective agency together and scout ‘Yeo-chi’ (Lee Kwang-soo), an ex-agent of the Cyber Crime Unit to resolve a criminal case. ‘Kang Dae-man’ who has sold his comic book store and his partner ‘Noh Tae-soo’ who has declined a promotion will write a new chapter in the detective history as the utmost super detective duo following their first episode <The Accidental Detective: The Beginning>. The duo rolls up their sleeves to solve the first case that they have long been waiting. While investigating the case, their great sense of humor and intriguing chemistry are set to capture audience’s attention.

The cast’s perfect chemistry is also reflected in their rampant ad-libs during filming. Kwon Sang-woo recalled, “The script itself was very interesting, but we made it even funnier when filming. I don’t think there’s a scene where we merely follow the script without ad-libs.” Director Lee Eon-hee added, “In every scene, the three actors not only took care of their own part but also collaborated with each other. Starting from the first day of filming, Lee Kwang-soo fitted in with the original cast perfectly.” The great synergy of the main cast is without doubt another highlight of the sequel. 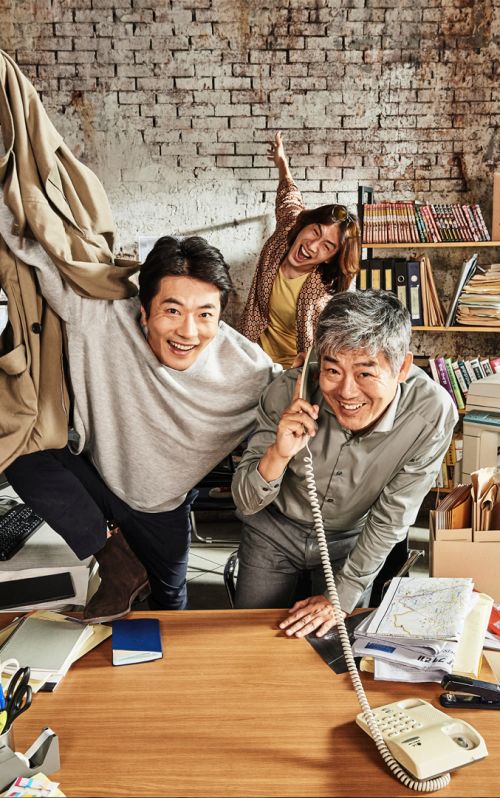 “This is a murder case!”
‘Kang Dae-man’ | Played by Kwon Sang-woo

Big fan of Sherlock Holmes and a comic book store owner‘Kang Dae-man’, who used to be an ordinary comic book store owner, was awarded as Perfect Citizen after assisting in solving the coldest case in Korea. Inspired by the incident, he sells the book store while keeping his wife in dark, and opens a detective agency with his fantastic partner ‘Noh Tae-soo’. His dream finally come true as he becomes a real detective. However, things didn’t turn out as they have expected and the duo is suffering from a bad business. Finally, they receive the first case with a fee of 50 million won as reward. To prove himself as a real detective, ‘Kang Dae-man’ digs up the case in high spirits. However, they only become more confused by a series of suspicious evidence as they further investigate……

“I am the Veteran, You Know”
‘Noh Tae-soo’ | Played by Sung Dong-il
The legendary detective of the Metropolitan Investigation TeamKnown as ‘White Shark’ in the Metropolitan Investigation Team, the legendary detective ‘Noh Tae-soo’ is stuck between demotion and promotion because of his fiery temper. He happened to solve a cold case partnering with ‘Kang Dae-man’, who later joins him in opening their own detective agency. Rejecting a promotion in the police office, he becomes a private detective despite his wife’s strong opposition! Finally, the detective duo breaks the ice with a long-awaited first case but the excitement recedes soon. With the hunch of the veteran detective, he sees through that the case is not simple at all. Scouting ‘Yeo-chi’, the ex-agent of the Cyber Crime Unit, he buckles down to the investigation……

“I’m A Genius!” | Played by Lee Kwang-soo
‘Yeo-chi’ a.k.a. ‘Hopper’ , the ex-agent of the Cyber Crime Unit
‘Yeo-chi’ used to be the top agent in the Cyber Crime Unit. He now runs an online detective agency making the most of his exceptional talents. Specialized in all kinds of illegal surveillance techniques such as bugging and location tracing, he always surprises people around him with his unexpected talents. Hooked by a tempting offer of 10% of the fee, he joins the detective duo of ‘Kang Dae-man’ and ‘Noh Tae-soo’, and begins the first undercover operation in his life despite his conspicuous appearance.

The Accidental Detective 2: In Action – opens in Malaysia cinemas 12 July 2018.